The O’Reilly Open Source Convention has been held annually since 1999, allowing students, entrepreneurs, enthusiasts, and professionals to attend informative sessions and tutorials as well as visit the expo hall and mingle with others holding a common technical interest. This year, for the first time ever, phpBB was among the exhibitors in the Expo Hall. Despite phpBB3’s fantastic security record, we expected to meet some attendees who were only familiar with phpBB2. Anticipating questions dealing with security, we came prepared with laminated placards displaying pie charts and details of all issues reported for the phpBB3 line – the flagship phpBB version for the past 3 years.

What we didn’t expect

Very few people asked about phpBB’s security and walked past the placards to ask us questions about features, bridges, future plans, etc. Many of the other Open Source project exhibitors visited our booth and expressed their warm feelings toward the project and positive experiences using the phpBB software. Rather than having to defend ourselves, we were instead answering interesting questions and tipping our hats to compliments.

Of all the different questions we were asked, the most common was surprising, to say the least. Over the course of the two days, we heard “Does phpBB integrate with Drupal?” so often that we began keeping count. This sparked some internal discussion, and we visited the Drupal booth, which was conveniently located just around the corner from us. There is already a community developed Drupal module for integration with phpBB, but multiple reports suggested that it was unstable and poorly written. Its scores within the Drupal database suggest that it is largely unusable in a live environment, which was a huge shock to us. After the first night, we returned to our hotel room and began planning a new phpBB-maintained Drupal plugin. Work on this has already begun and more information will be available soon.

Some very popular open source projects were present at OSCON, and a number of them approached us about presenting at their upcoming events. We are, of course, very excited about these plans and will keep you updated on our upcoming speaking/presentation engagements either via this blog or on the board.

On Thursday evening, we attended an informal “Birds of a Feather” session. Organizer Douglas Bell (Webmacster87), Cullen Walsh (ckwalsh) and Lorelle VanFossen all spoke about running online communities. We later joined them for dinner at a local restaurant. The following day we joined the OSUOSL Open Bus Tour for a view of the Oregon State University campus and Open Source Lab. OSUOSL rented a wifi and power equipped bus for the 90 minute journey and we had a blast with the other attendees. You can see us with Lance from OSUOSL and the 2 phpBB.com servers (underneath the Berties) to the left.

We are very grateful to have such friends in the Open Source world.

What we took from this

We are glad to have met so many wonderful people at OSCON and look forward to maintaining the new bridges that have been formed. Speaking directly to phpBB users was a unique experience and we walk away with a better perspective of what the community expects from us. We will continue to improve over the next year and will be ready to address your updated concerns at next year’s event.

Please discuss this blog post in the phpBB OSCON 2010 topic in the Discussion Forum. 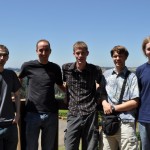 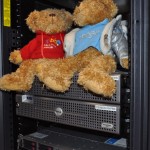 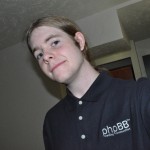 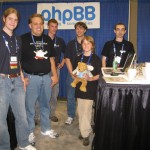 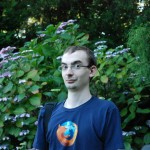 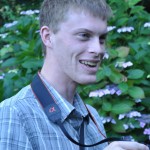 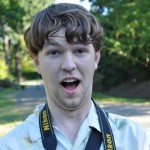 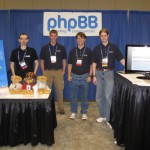 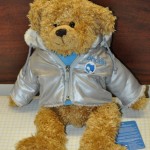 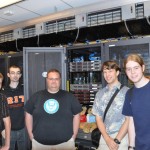 phpBB, Bertie, and Lance from OSL infront of the phpBB server

Please discuss this blog post in the phpBB OSCON 2010 topic in the Discussion Forum.

Posted by A_Jelly_Doughnut in Events with the tags Contributing, Joomla, PHP, phpBB on May 29th, 2010

A week ago, I was recovering from a weeklong trip to Chicago for php|tek. Here’s a few of the things I heard about:

I came away from these conversations with the opinion that phpBB is well known in the community, but not necessarily well-liked. A lot of this is because it can be difficult for these experienced developers to integrate with their products. Some wanted single-sign-on, others found that the layout was hard to customize to match an existing site, and still others wanted to add custom features but weren’t sure where to start.
I told people in person that we want to work on that, and we will, with some improvements slated for Ascraeus.

A large portion of the learning these conferences is not the talks, but the socialization that happens around them. A lot of the un-conference portion of the conference revolved around frameworks. It seems that everyone hates at least one of them, but many of them are looking forward to Symfony 2 and Zend Framework 2, both expected by the end of the year.

This was my first major PHP conference, and it was a good experience. With any luck, I’ll be there again in 2011.

Posted by battye in Modifications with the tags Contributing, MOD Database, MODs, Validation on January 10th, 2010

What is a Junior Validator?

Pre-validation involves running a check on MODs newly submitted to the MOD Database queue using the MOD Pre-Validation tool (MPV) and setting a status on the MOD accordingly.

Why should I become a Junior Validator?

As a Junior Validator you will be gaining valuable first-hand experience with MOD Team processes which could lead to consideration for a position on the MOD Team. You will also have access to private forums including a Junior MOD Validators forum where you can discuss MOD validation with fellow Junior Validators and MOD Team members.

Most importantly, it will be fun! If you have a passion for writing MODs you will find working with the MOD Team to help validate MODs, and also the opportunity to give something back to the community, very rewarding. The phpBB Team is a very friendly group of people so the chance to work closely with the MOD Team will be very enjoyable.

What are the requirements?

To be considered for a position as a Junior Validator, it is important that you:

– have authored a MOD and submitted it to the MOD Database.
– can communicate in English.
– understand the phpBB3 codebase.
– have an understanding of MODX and MOD policies
– are familiar with the MOD Validation checklist

Where can I apply?

To apply, please fill out the form at the bottom of the Junior Validators page and your application will be reviewed by the MOD Team shortly thereafter. Successful applicants will be notified by private message on phpBB.com.

phpBB is continuing its process of opening up the development process. After an internal trial phase we have now opened up the Junior Developer Team to regular members of our community. An increasing amount of people involved in phpBB development should both speed up the development and improve quality.

END_OF_DOCUMENT_TOKEN_TO_BE_REPLACED

Posted by wGEric in Support with the tags Community, Contributing, Support on April 6th, 2009

Because phpBB is a very large product, it needs to be supported. People who have a problem/question and they come here to find an answer or solution. Have you ever looked at the support forums? If so, you might have seen that there are many many topics a day and just a few people answering the topics, which is great of course.

END_OF_DOCUMENT_TOKEN_TO_BE_REPLACED

The phpBB Code Wiki – How you can help

Posted by Highway of Life in Development, Modifications, Styles with the tags Contributing, Documentation, wiki on September 9th, 2008

If you have not yet read the phpBB Wiki Announcement or have not followed the discussion topic. I would encourage you to do so and take a look at the new development wiki:

What is a Wiki and what can I do with it?

A Wiki is a type of website that allows the users and visitors to add, remove, and edit the available content. — Anyone who is interested in working with the phpBB Codebase, from website administrators who want to integrate phpBB into their site, or create a quick-script, to bridge or application developers to bridge phpBB with their application, to MOD Authors. The wiki is for those who want to learn more about the phpBB Codebase or simply have a question about how to do something or how something works within phpBB.

The wiki is also a great way to learn about how to begin programming in PHP/phpBB and developing a MOD.