Posted by darcie in Events with the tags OSCON on August 9th, 2014

Last week phpBB again attended OSCON, the O’Reilly Open Source Convention, in Portland, Oregon. Yuriy, Derk, and I had a great time chatting with those attending the conference as well as those exhibiting. We were provided booth space by Bluehost as part of their ongoing commitment to support open source projects. We had a great spot right at the front of the hall. 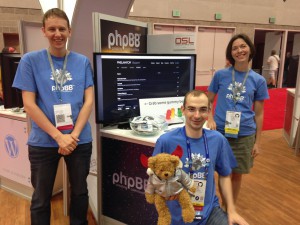 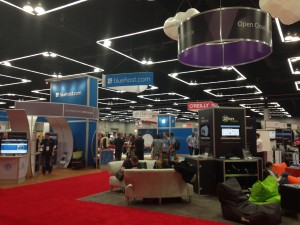 We arrived and set up Sunday in preparation for the Expo Hall opening Monday. Monday evening, the Expo Hall hosted a one hour first look at all the booths for conference attendees. The hour went by quickly, but after parties and further networking opportunities closed out the day. The “Elements” themed party the first night had us flying high and ready to conquer the week! 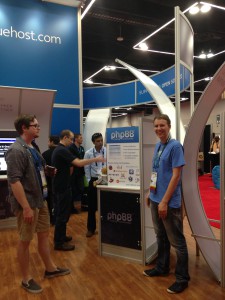 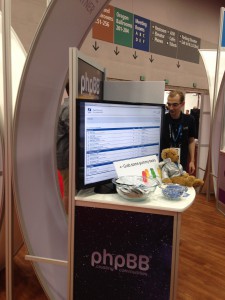 Tuesday started damp, as we would expect for Portland. This was the first full day with the exhibitors, with that night being booth crawl night when the convention center brought in food and drinks. Bluehost had Tim O’Reilly come play a game of ping-pong with them! 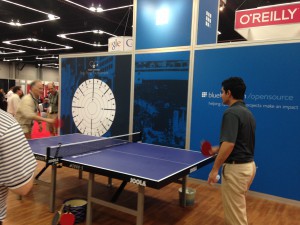 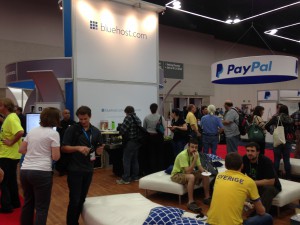 All week, we explored the hall and networked with other groups and attendees. We found our name on the Google Summer of Code board and chatted with the representatives of the program. We talked with someone in Community Development at O’Reilly Media about partnering with them on some interesting opportunities. And we left our mark on the giant chalkboard in the convention center hallway. 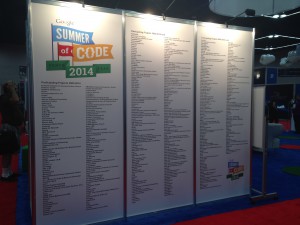 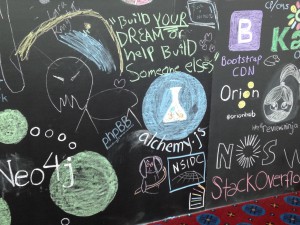 Bertie helped give away lots of gummy bears. We talked with many people about 3.1 and improvements due in the next version. We had a great response to the concept of extensions and responsive layouts. We met many conference attendees that mentioned they got their start in coding by having a phpBB forum as a teenager, which was very rewarding! 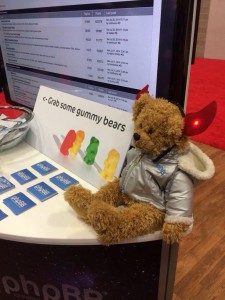 Additional highlights of the conference are available at the OSCON 2014 site.